Filenames containing iOS/nix characters can be renamed in several ways including inline editing (see: Inline Editing of iOS/nix Filenames) and by using the batch rename routine. To use the batch rename panel use the Actions > Fix Mac/iOS File Names... command from the main menu after selecting the files and or folders that should be processed. You can also use the shortcut key, Ctrl + Alt + X.

Note that this works, as do all the renaming and other action commands, when in Explorer tabs as well as when in virtual folders (search results).

By default, you will have the opportunity to confirm the change in each filename be&fore it is applied. 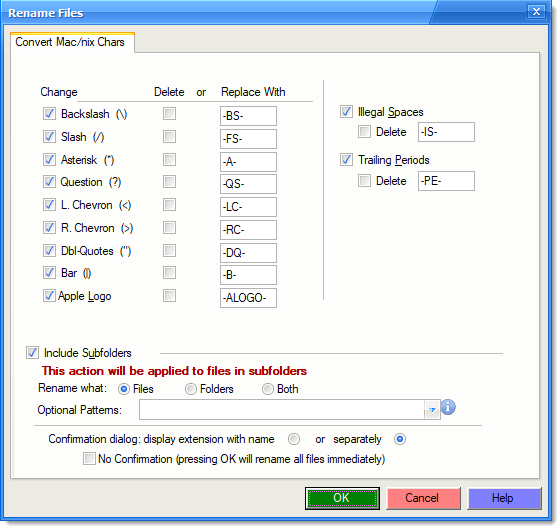